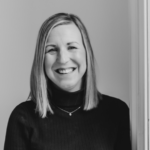 All in A Days Charity Challenge

A little wind and rain on the glorious Isle of Arran wasn’t going to stop our team of 11 brave colleagues from conquering their 2020 Charity Challenge – Cycle 58 miles round the Island and trek 10 miles all in one day.  Now if you’ve ever been to the Isle of Arran you would know that just being fit isn’t enough, you’ll also need the mental willpower to deal with the rugged terrain, and inclement weather the Island can throw your way.

On the 10th September, after a good nights rest, the colleagues split themselves into two teams.  The first team donned their Lycra and cycling shoes to tackle the long and winding ascending roads and cycle round the full Island.  The second team put on their hiking boots and waterproofs to walk the steep and arduous hills of Arran.

Unfazed by the wet and windy weather, the whisky distillery didn’t even tempt them for a little warming dram, the tenacious team completed the challenge in a day.  They raised a fantastic £2,500, and with the company agreeing to match that, it brought the final amount raised to £5,000 for The St. James’s Palace Charitable Foundation.  This incredible charity support children and young people who have special needs.  Sometimes through illness, disability or mental health problems and also support those who are disadvantaged in other ways. The Charitable Foundation also supports the Hospice Movement and people of all ages with cancer.

We recognise it’s been an incredibly difficult year for charities and their ability to fundraise, and we were grateful to support The St. James’s Palace Charitable Foundation in any way that we can.

And what did Team Tweed do to celebrate? They swam in the chilly Firth of Clyde (think of it like an ice bath?!) and drank a little warming fizz and hopefully a dram or 2!

Well done team and here’s to many more fundraising events for equally brilliant causes in 2021!

Previous
Next
Changing Pension Legislation – are you affected? 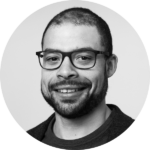 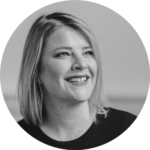 Changing Pension Legislation – are you affected?